The 7 Questions to Help You Choose PWA or Native App

Are you facing a decision to pursue a multiple mobile apps or leverage the web?

No doubt mobile apps have been popular the past decade. Consumer app fatigue, fluid rules and high transaction fees have made many businesses rethink mobile apps.

This has given many pause to ask if native apps are dying? Or will progressive web apps replace mobile apps or are PWAs the future? Is it better to have a web app or an app?

Over the past 10 years the web has improved functionality and performance. The web has always offered a direct channel to engage consumers and businesses.

The problem the web faced when the iPhone debuted was lack of native functionality. It also lacked the ability to style layouts based on screen size.

Why would the web have these features? No one had used a smartphone yet. No one was sure how this new computer would change the way we live our lives.

Needless to say the web had some catching up to do.

Today the web and native have almost 100% feature parity. The real difference is the distribution channel.

Native app stores, are tightly regulated and require multiple installation steps. The web, 'installs' the user experience as soon as the consumer visits any page in the site.

So how should your business choose?

I have curated a collection of questions many have asked about PWAs or native apps. I took some liberties to present the questions a bit more direct.

I even created a fun infographic to illustrate the questions and answers. You can see the full image at the end.

What is the difference between a Progressive Web App and a Native/Mobile App?

Native apps are compiled and distributed through platform specific stores. For desktop (Windows, MAC mostly) you can also download an executable an install the app. These applications are written in a variety of languages like C#, C++, C, Java or a proprietary language.

PWAs use a combination of HTML, CSS and JavaScript and are directly accessible in a browser.

Web apps are instantly accessible and can be updated as often as you like. Native applications must go through store review before they are made available. This process can take up to 2 weeks.

As for user features the two channels are very similar. The web lacks a few minor platform specific features, with the gap narrowing every day. Native apps lack the ability to directly access content and market.

App stores are similar to malls. They house a wide variety of brands in a single location. Discovery is limited, requiring consumers to know the app name to find what they want.

Search engines are like the Mall of America, they curate billions of sites and make discovery easy.

App stores add friction to your ability to engage customers, not application capabilities.

Now for the questions!

This may seem like a silly question to ask. The reason I like to ask this question first is due to the dominance Facebook has enjoyed for years.

It has owned the more top 10 positions in the most popular apps in mobile app stores than any other company. This is due to owning so many popular platforms. This includes Facebook, Facebook Messenger, Instagram and WhatsApp.

The difference is Facebook does not consume HTML, CSS and JavaScript. Instead Facebook made their own proprietary language based on JavaScript called JSX.

It is the company's reach, or what I call gravity, that attracts so many downloads. Consumers want to use the platform. It is free after all.

So if you have a giant userbase and don't have to spend money marketing, then an app may be for you.

Are You a Social Media Company?

Examination of the rolling app store top 10 list revels social media apps consistently own these positions. The previous question was about Facebook, which dominates social media. But other social apps rub shoulders with the giant.

What this means for a business is no room for your app to be visible.

In the end this is more about store discoverability than being in the top 100 downloaded apps.

Again these social networks have brand awareness and big marketing budgets to build that awareness. It's not the ease of discovery in the app store.

In recent years Twitter and Pinterest have both been pushing their PWAs more than native. This is worth noting when you are trying to decide what is best for you.

Do You Want to Give Apple, Google and Microsoft 30% of Your Revenue?

The Apple tax is getting a lot of press lately. And with good reason. Normal credit card processing fees are 1.5-3% per transaction.

App stores charge 30%. Worse, you have no option to use a third party processor.

Losing 30% of your retail price will cripple most businesses.

Epic games (Fortnite), decided to challenge this fee by using their own payment system. They offered in app purchases at a 20% discount when using their processor.

Apple removed not only Fortnite, but all Epic apps. Google removed Fortnite.

Fortnite earned over $30,000,000 a month through the app stores. So if you think you can get away with this violation think again. They do not make exceptions

Do You Want to Pay More to Acquire Customers?

Who wants to pay upwards of $125 just to get someone to think about engaging with you?

Hopefully not many of you. But that is what some brands have to pay to earn one app store download.

Worse, 1 in 10 users that download an app only use it once. This means to get an engaged customer you can look at spending $1200!!!

The nice thing about the web is search engine traffic is free. You can also do paid advertising on many different platforms. All visitors to your site/PWA install your PWA just by opening one page on the site.

From there it is up to you to funnel the customer to a paying state. But you can do this for pennies, not Benjamins.

Do You Want to Develop Multiple Applications?

I have not highlighted this much, but native apps require multiple apps.

If you want to reach everyone you need:

These are the dominant consumer operating systems. This means you need at least 5 different client applications. This is 5 different code bases and often 3 development teams.

This does not even consider Android fragmentation issues. But that is a different article.

Then you have to manage the application distribution and marketing for each channel. Each platform adds another layer of complexity. And of course this adds up.

There are many companies that only distribute their app on a single platform. Some because Apple's user base spends more money. Other chose Android because their guidelines are less ambiguous and manageable. In the latter case they feel they can trust Google not to limit their application updates and distribution.

With the web you have a single code base to maintain and a single development team.

Do You Want to Outsource Distribution?

They may have some nice marketing to sell 'benefits' they offer. But in the end you need to ask if your app can sell their hardware?

Now, this is where it gets real.

I already mentioned Fortnite getting pulled from both Android and iPhone stores. There are thousands of similar stories affecting apps of all types and sizes.

You see Epic is not alone. Spotify, Match Group, Basecamp and hundreds more have all vocalized issues with their apps being removed, rejected or worse.

Once your app is in the store you may have to update to remain in the store once the platform updates. Apple updates its UI guidelines every year or so. If your app does not keep up it can be removed. Making these updates can disrupt your own update timelines. You may have to shelve work to add resources to UI updates.

With the web you are in complete control of your updates and UI.

I hope I have been real with you. As a developer I have a bias toward the web. That's because it has served us well since 1990. The freedom to reach customers directly, easily monetize and build rich application experiences for all platforms is amazing.

These questions are a set of questions I have fielded from customers and general inquiries. Some where rephrasing from various online resources. But they are important can can be a good source for you to weight a native app or a progressive web app.

a decade ago many were running blinding to native apps. Now with some hindsight we realize it is not the rosy picture we were sold.

No platform is perfect, but I will take control of my own destiny over outsourcing it to someone that does not care.

The reality of a single code base is very appealing. Trust me managing multiple code bases is difficult.

I encourage you to ask yourself questions about what you want. Chose the channel that helps you reach your target audience with the least amount of friction. 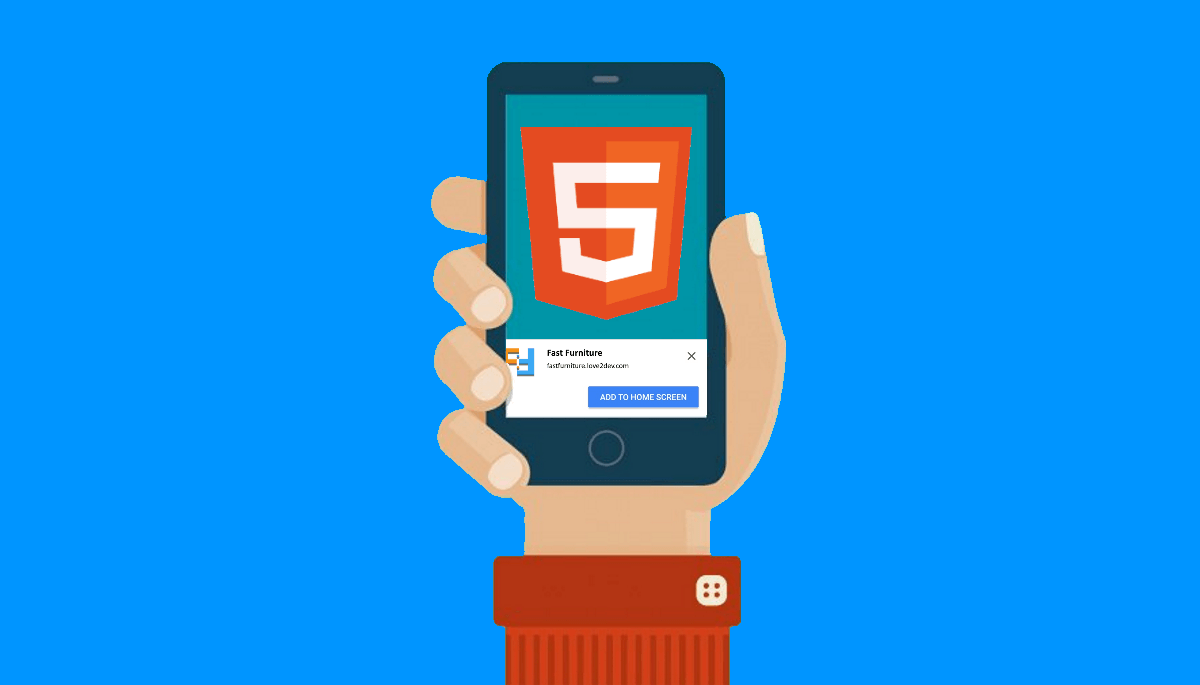